​Sparkpool develops a solution to combat trading bots in Defi

Now trading on decentralized platforms is overshadowed by the dominance of arbitrage trading bots that track transactions in the Ethereum mempool and, when a profitable transaction is found, create similar transactions with an increased commission. This allows the bot to complete the transaction faster and make a profit.

A separate network for DeFI transactions will make them more anonymous. Miners processing transactions on Sparkpool will not broadcast selected transactions to other miners. This will allow you to get a higher degree of protection from bots. However, Sparkpool itself will have access to transaction data and, if desired, can launch its own arbitrage trading bots.

Sparkpool co-founder Xin Xu emphasized that the Taichi Network is being developed for the "common good" across the Ethereum ecosystem. The launch of the network will take place in stages and will begin this month:

“We will offer the Taichi Network functions as an infrastructure project for the Ethereum ecosystem. Let's see the community's reaction. "

Currently, Sparkpool's share is 23% of the total hashrate of the Ethereum network. The company recently launched GasNow, a gas price forecasting tool for Ethereum.

These products are not suitable for retail investors due to the harm they cause, according to a statement on the UK regulator's website. FCA believes that these products cannot be judged correctly by retail consumers for the following reasons:

Inherent properties of underlying assets that do not allow them to be reliably measured;

The prevalence of market abuse and financial crimes in the secondary market, such as theft of crypto assets;

Inadequate understanding of the nature of cryptoassets by retail investors;

Lack of a legal need for investment in these products by retail consumers.

Last week, the UK Financial Conduct Authority (FCA) banned the sale of cryptocurrency derivatives to retail traders. However, according to analysts and industry representatives, this ban will have minimal impact on the market, writes Coindesk.

The FCA restrictions will take effect in January. Interestingly, professional investors were not barred from trading crypto derivatives because they "understand the risks better and have more opportunities to cover potential investment losses."

“Those who are still interested in trading cryptocurrency derivatives will simply find ways to open accounts in other regions,” Don Guo, CEO of Broctagon Fintech Group, told CoinDesk. "Retail traders will simply trade on unregulated exchanges, which in practice will create even higher risks for them."

“This ban will have minimal impact on us,” a spokesman for the regulated crypto derivatives platform Crypto Facilities, which is owned by the Kraken exchange, told CoinDesk.

“We do not expect significant changes following the FCA announcement, as these products represent a very small part of our diversified and global business,” - said in a statement the UK derivatives trading platform IG Group. "The decrease in income after the FCA restrictions will be less than 1% of the total income of IG Group."

“For most major exchanges such as Coinbase or Gemini, I don't think this ban will affect them in any way,” said Yang Li, director of development for UK cryptocurrency platform Ziglu. "It was a niche product."

A research report released by the FCA on June 30 found that around 3.86% of the UK population owns cryptocurrencies, with 12% of respondents saying they do not monitor the prices of their cryptoassets at all. “It seems that consumers are treating cryptocurrency as a form of speculation, akin to gambling, and not as a form of payment or investment,” the FCA said in a report.

The Solana blockchain will be the first external element in Waves' strategy to mainstream DeFi interconnection using the Gravity interoperability protocol.

As a result of the integration, the Solana blockchain will become available for data transfer between members of the Gravity network.

Initially, Solana will be implemented as a target network, allowing the blockchain to work with other connected networks, oracle systems and data services.

The native Solana token (SOL) will appear on exchanges on the Waves protocol and in future Gravity target networks. Tokens issued on Waves will be available on Solana.

Solana and Waves-based dapps developers will have access to Gravity oracle data. They will also be able to create cross-network dapps.

Cybercriminals managed to gain access to about two thousand accounts of the crypto-friendly platform Robinhood. Bloomberg reports this with reference to anonymous sources.

A week earlier, the platform operator said that since September, hackers have cracked the personal email passwords of a limited number of customers. As a result, the funds of Robinhood users were at risk.

The 2,000 account figure may indeed seem “limited” compared to the company's 13 million user base.

The platform recommended the use of two-factor authentication. However, according to some sources, this did not protect clients from unauthorized withdrawals. Robinhood did not disclose the amount of damage.

Journalists allow both the option of omissions on the part of individual Robinhood clients and systemic problems on the platform.

Yearn finance's YFI governing token has grown strongly over the past 24 hours and has shown a "v-shaped" rebound. Earlier, the price of the DeFi token faced a major sell-off that brought its value down to $ 13,000. The last day's recovery came amid news of a major crypto fund Polychain, which has invested $ 5 million in YFI.

At the same time, according to many traders, this position in itself does not provide a deep understanding of their belief in the prospects of the Yearn finance and YFI ecosystem.

In particular, this opinion was expressed by Jason Choi from the Spartan Group, who suggested first finding out how much of Polychain's managed funds were invested in YFI, and then building far-reaching conclusions.

“Polychain has allegedly just opened a $ 5 million position with YFI. While I am optimistic in the long run and see this as confirmation, blindly copying trading funds is a bad idea. Investment alone does not indicate faith (in a project); the size relative to AUM (assets under management) 0.05% versus 5% tell completely different stories. "

Choi went on to explain that the Yearn finance ecosystem and YFI are likely to see continued liquidity outflows. According to him, in order to stop this, it is necessary to break the vicious circle in the short term, when a decrease in interest yield leads to a leak of liquidity, which in turn reduces the profitability of the commission, which accordingly leads to a further decrease in the value of YFI.

The Polymarket Prediction Platform with Automatic Market Maker (AMM) technology raised $ 4 million in a funding round led by the crypto fund Polychain Capital.

The funding received will allow the project to move to the second phase of the beta version. It is assumed that at this stage, the developers will eliminate the existing technical shortcomings and improve the process of registering new users and trading on the platform.

Any Polymarket member can come up with an idea for markets ranging from politics and healthcare to business and science. Administrators provide assurances that specific conditions are not ambiguous.

The creators of the platform believe that the Polymarket participants, by their actions, will help to identify disinformation in the news field through the so-called “collective knowledge”. Experts can profit from more correct estimates than most.

“One of the key problems with social networks and discussions on the Internet is the lack of responsibility. Everyone has their own opinion, and he is not afraid to share it. The cost of a misconception is small. This year has clearly shown that it is becoming more difficult for ordinary people to distinguish fact from fiction, ”Shane Coplan, founder of Polymarket, told Coindesk.

According to the publication, in the three months that have passed since the launch of the beta version, the trading volume on Polymarket has exceeded $ 1 million. 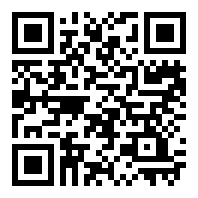